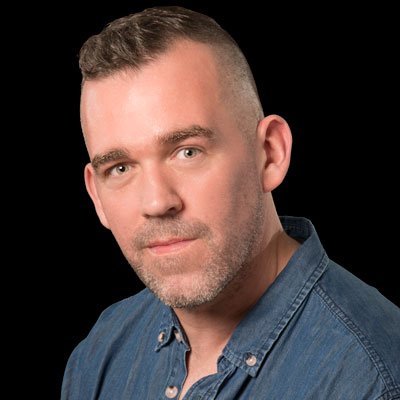 Geoff O’Keeffe works as a professional theatre director and actor. He holds an MA in Theatre Studies from DCU and in 2010 he completed further training at The Focus Theatre Actor’s Studio. He has trained under the tutelage of a wide range of theatre practitioners, including, Chrissie Poulter, Blue Raincoats, Nick Philippou, Wayne Jordan and extensively with Geoff Colman, Head of Acting at Central School of Speech and Drama, London.

He has worked as an actor for stage, film, T.V. and radio. Personal highlights include, Paul in My Second Self for No Tears Productions; David/Divina in Aul’ Divina and Me/I for Biscuits for Breakfast Theatre Company; James in Dinner for One for Offaly Drama Project; Mikey in The Highest House on the Mountain for Tavistock Arts Theatre Company at Smock Alley Theatre; Ms. Kitty in Billy Redden for IYT at The International Dublin Gay Theatre Festival, 2010, where he received the Michael Mac Liammoir Award for Best Male Actor.