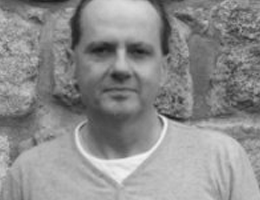 Brendan is a graduate of the Gaiety School of Acting and UCD, holding an honours MA in Modern Drama Studies. He has worked as an actor/director for over 20 years in Dublin and Galway. He was a director of Punchbag Theatre in Galway in the 1990′s and with the multi-award winning Fíbín Puppet & Performance Co in the 00’s.

He has worked in most of the major theatres and whilst he does not do much acting on stage (the terror is too much!), he is regularly seen on TG4 (Aifric, Seacht, Síol), having been an original cast member of Ros na Rún. He has also worked with the BBC, RTE, Disney and Canadian TV. He was appointed Artistic Director of Áras Inis Gluaire/Erris Arts Centre in beautiful Belmullet last January. Brendan is a member of the A.D.A. for 7 years.