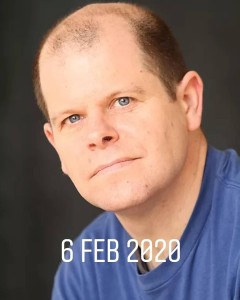 Claremorris Drama and Fringe festival are delighted to announce that  Christian O’Reilly will perform the Official opening on March 12th.

His screen credits include episodes of BBC One dramas Doctors, Casualty and Holby City as well as Inside I’m Dancing (2004), a feature film based on his original story, which was released in the US as Rory O’Shea Was Here.Two of his plays are being performed at the 50th anniversary Festival, “The Good Father” and “Chapatti”.